This vision has prompted us to review and restructure our distribution channels. We have invested a lot of money in improving our Internet Bank to provide optimal service and make it into a user-friendly experience for customers. We have closed down the traditional bank branches and have transformed them into "Bank Shops". Customer service is provided via telephone from a customer service centre, which has replaced the traditional call centre, and in the Bank Shops. It is also possible to make an appointment to meet a financial consultant for advice. In this way the customer has a choice of distribution channels which fits his or her needs at any one time. Furthermore, even if the main emphasis is on the Internet Bank, it is still possible for us to meet face to face with customers in the shops or through appointments at home.

We started to work on this new strategy in 2006 and the roll-out took three years starting from 2008. This change should, however, be viewed in the context of the market. SNS Bank is the fourth largest bank in the Netherlands with a market share of about 10%. If we had been the market leader, it would have been impossible to be the first mover with such a change in direction.

Which market trends and developments inspired this change?

In 2006, SNS Bank was largely dependent on mortgage margins and wanted to diversify sources of income. SNS Bank was established as a

savings bank in 1817. One of the obvious choices was to go back to our roots to a certain extent and to concentrate on savings deposits, which generate high liquidity and good margins. With hindsight, it was a good choice.

Can you tell us some more about the SNS "Bank Shops"?

The main difference between the Bank Shops and the traditional bank branches is that they do not have bank tellers and they do not handle cash. The shop is service-centred and designed to help customers choose the products and services that they require. Cash is available from ATMs and any queries about account or other services are handled by telephone via the customer service centre or via the Internet Bank. Customers requiring advice can make an appointment with an advisor via either the shops, Internet or call centre. The advisors work a little bit like independent financial advisors and it is possible to meet them in the Bank Shop or at the homes of customers, as suits best. They are also available in the evenings and on Saturdays.

SNS will eventually have more than 250 shops throughout the Netherlands, instead of our original 150 branches that were located in the eastern and less prosperous part of the country for the most part. One-third of these shops will be owned by SNS and the remainder are franchisers who are only entitled to offer the SNS product portfolio, including our third-party offer. We pay the franchisers a retainer fee and the franchisers are responsible for renting their shops and employing staff. As a result of this switch from traditional bank branches to shops, we have been able to reduce our cost base of some EUR 500 million by EUR 35 million a year. The cost of each new shop is about half the cost of traditional bank branches.

We understand that SNS is a very client-focused bank. How have your customers reacted to the fact that the Internet is the epicentre of SNS operations rather than the traditional bank branch?

SNS has a client base of about 1.5 million customers. There were two groups of customers in this client base which had very different reactions. The first group were traditional customers who have done business with SNS Bank for 30 years and were very much cash-focused. This group was not happy with the change and the fact that cash was being moved out of the branch. The second group, and particularly those customers who were relatively new to SNS Bank, loved our new strategy. They were also pleased with the higher interest rates that we are paying on savings deposits. Naturally, this also pleased the older customer base. This was possible because of the reduction in the cost base.

All in all we did lose some customers because of the change in strategy. This was, however, less than we anticipated and we have also gained some new customers. Thus our client base remains relatively stable, with perhaps a slight increase. Ninety-five percent of new customers come through the Internet Bank and the main focus is on savings deposits and mortgages.

Can people with physical handicaps use SNS Internet Bank?

Yes, when redesigning our Internet Bank we were very careful to ensure that it would be accessible and easy to use by the blind and disabled. This has also had the additional benefit that the website is very structured and logical, and is considered to be particularly user-friendly by all customers. Furthermore, SNS is in fact only one of two companies - and the only bank - in the Netherlands that has received an award for the highest level of accessibility for the visually impaired.

Can we conclude with a word of advice from you for any other WSBI/ESBG member which might wish to embark upon such an ambitious new strategy?

Efficiency is only important if it is efficient for the customer, and at the end of the day efficiency for the customer will also translate into efficiency for your company. Thus my word of advice is to start your strategy from outside in rather than inside out. This will reap benefits if this approach is applied consistently.

How has the staff of SNS Bank reacted to the new strategy's repercussions for their jobs and working environment?

In 2006 and 2007, when the process first started, our staff were not happy and there was a lot of resistance. We had 1,500 people in our branch network and we had to lay off 700 employees and hire 300 new employees. The second challenge was that the staff were used to working for customers in a service-oriented manner and they were now required to become more proactive and sales-oriented. Everybody likes the new strategy today because it has been successful. People enjoy working at SNS and being part of a winning team. With the strategy, we have increased profitability and have grown our level of savings deposits from EUR 17 billion in 2007 to EUR 31 billion today

SNS Bank has almost finished the roll-out of what can be considered a very ambitious, if not revolutionary, new strategy. Can you tell the readers of News and Views what is the vision behind this new strategy and when did you start?

The vision behind the strategy is that the customer can make his or her own choice about the distribution channels they wish to use. Secondly, we are not a primary bank. Our focus is no longer on products but on the customer. We provide customers with all of the services they may need. If they come to us for a savings account or a mortgage we are happy to supply the requested product and will try to optimise that relationship. We also sell third-party products, such as mortgages, in order to improve customer choice. 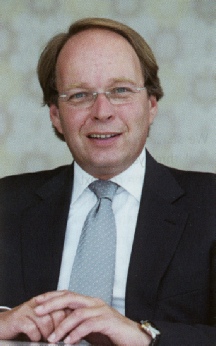 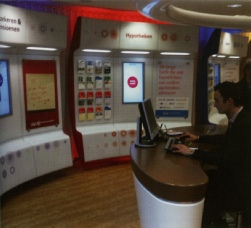